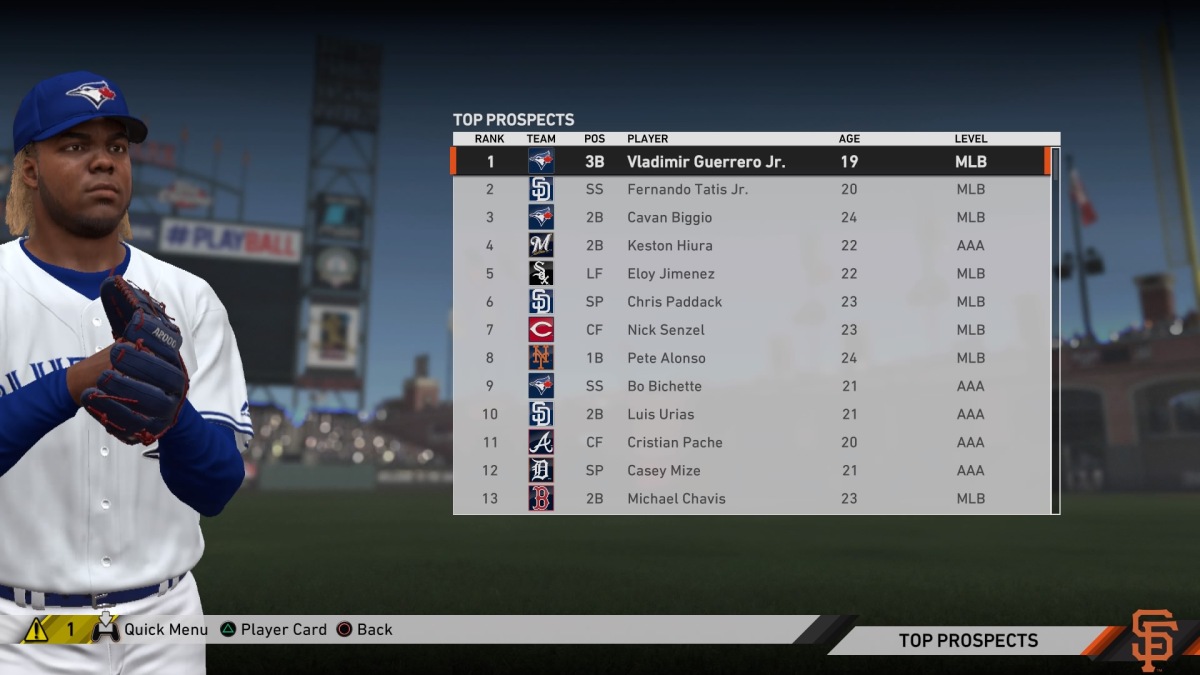 A month of baseball is in the books, and things are going about as expected. The Giants are struggling through the month of April. If you want to catch up on the season so far, click the links below:

The Giants ended the month with a 9-21 record, already 11 games back of the first place Dodgers. As far as records go, the Giants are only a half game better than the Major League worst Baltimore Orioles.

The Rive Cats are looking good – they are in first place in their division. They are two games up on the Tacoma Rainiers. From a talent perspective the River Cats are only the 27th best AAA team, but that isn’t stopping them from putting up a solid record so far.

Darwinzon Hernandez was called up to replace an injured Dereck Rodriguez, and Hernandez is determined to keep his spot. Vince Velasquez has been throwing a ton of innings out of the pen and he has shown that he should be in the organization’s long term plans. Dominic Smith is currently leading the team with an OPS of .942.

There is not much to say about that line – another month like that and Williams Jerez will not have a spot on this roster.

With the hot start to the year, I decided to give Alexander Palma a starting role in CF – replacing Magneuris Sierra (.208 AVG). Jake Wong has had a solid month on the hill, he is next in line to be called up The Show if the need should arise.

Sean Hjelle could not handle the spotlight of being one of the top prospects in the organization – he imploded this month. Hopefully he can turn things around – or he will find himself down in AA.

Tyler Phillips has been just about perfect through his first 16 innings of work. Shea Langerliers is making a case for finding room for both him and Joey Bart on the AAA squad.

It is hard to have much confidence in a closer when they are putting up numbers like Sam Wolff is. I decided to give Ray Black (1.64 ERA) the closer role on AA.

After a month of baseball, the prospect list looks pretty much the same. There has been some movement, but not much. For now, here is where things stand:

We had another Giant make their way into the MLB Top 50 Prospects list. Things have also changed a bit amongst our organizational prospects. Here is where I would rank the prospects within our system after a month of baseball:

I will sim another month and check back in on all levels of the organization. Scouting will be important, as we have the first year player draft coming up in early June.

4 thoughts on “Fixing The Franchise: The San Francisco Giants – April 2019”