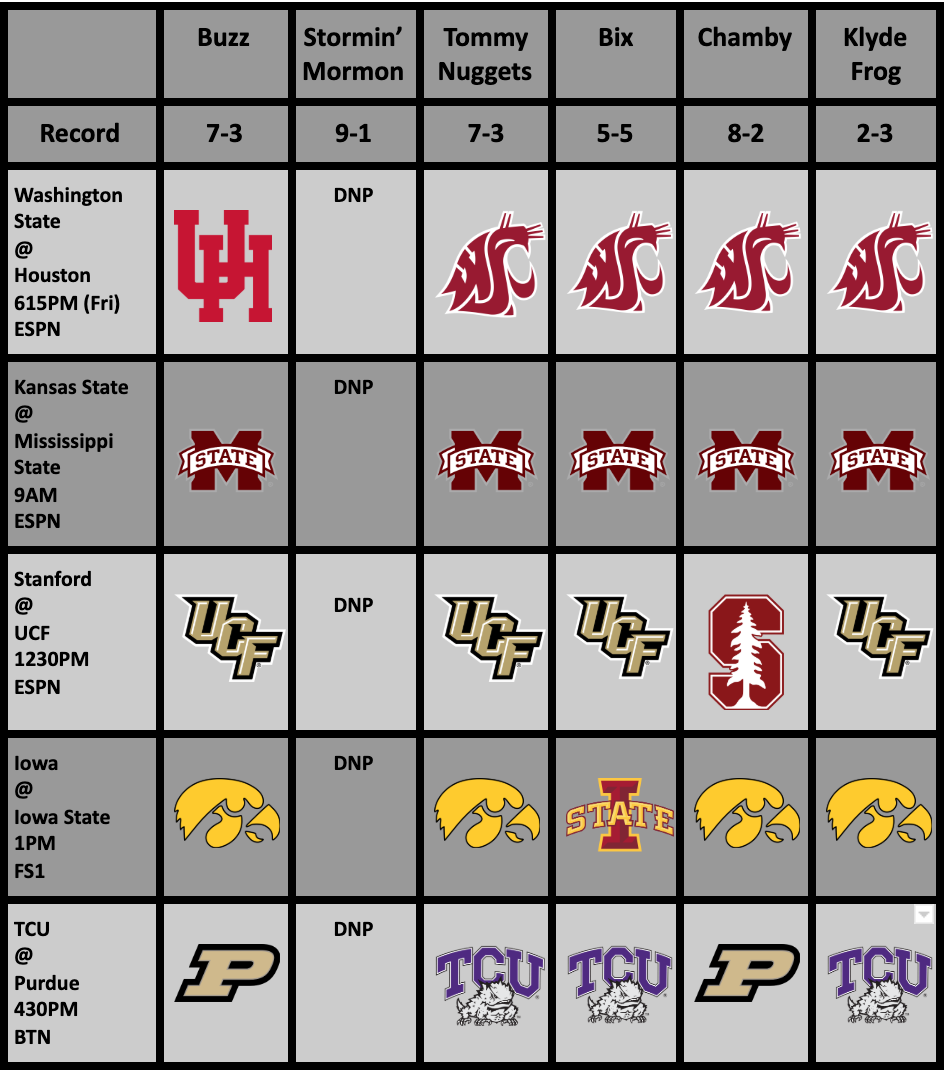 This past weekend was pretty solid for college football. We had two huge matchups – and only one lived up to the hype. There was also a late night surprise amid lighting storms out here on the West Coast.

Many contributors to Hefty Headlines were invited to participate in our Week 2 poll. Once again, we had five people respond…for the third week in a row:

The Clemson Tigers remain at the top of our poll for the third week in a row, followed by the Crimson Tide of Alabama. LSU climbs up to 3rd after an impressive win on the road against now # 13 Texas. #10 Penn State and #12 UCF continued to rise up the poll this week. The biggest drop in rankings is awarded to #23 Washington – who fell 12 spots after losing at home to Cal. #16 Michigan dropped 8 spots after an unimpressive win against unranked Army. The Maryland Terrapins make their first appearance in our poll, going from unranked to #19 this week.

This week provides a pretty weak slate of games. We are just biding our time until we get Auburn @ A&M and Notre Dame @ Georgia next weekend.